In September 1994, just 12 weeks after a horrific genocide in Rwanda had been brought to an end, Dr Rhiannon Lloyd was invited by the relief organisation Medair to join them in Rwanda. Her brief was to seek to help church leaders who were asking the question: “Is forgiveness and reconciliation ever going to be possible in a situation like this?”

Rhiannon had previously worked with Medair in Liberia seeking to help war orphans, child soldiers and church leaders caught up in the civil war. But nothing could have prepared her for what she encountered in post-genocide Rwanda. As she listened to heart-wrenching stories, her desire was to help restore the church to its calling to be a peace-maker in the nation.

What started as the smallest of seeds has now grown into a tree with national teams of peace-makers working in many nations. The primary tool that has been used is a 3-day workshop called Healing the Wounds of Ethnic Conflict (HWEC). This is now called Healing Hearts, Transforming Nations. (HHTN). This has produced fruit beyond her wildest dreams.

Rhiannon works under the oversight of a British advisory covering group to whom she keeps herself accountable. The members are:

INTERNATIONAL SCHOOL OF RECONCILIATION 2022, RWANDA
To equip Christian leaders in nations and communities plagued by divisions or violence with a Bible-based, Cross-centred message to bring healing and forgiveness to their communities, to restore relationships and to bring new hope for lasting peace.
Kigali, Rwanda October 3rd-16th, 2022
More Details

The Healing Hearts, Transforming Nations (HHTN) course, formerly known as Healing the Wounds of Ethnic Conflict (HWEC), was developed by Dr Rhiannon Lloyd in the immediate aftermath of the Rwandan genocide in 1994. Later the HWEC teaching material was expanded and developed with the help of local Christian leaders particularly Pastors Anastase Sabamungu and Joseph Nyamutera (a trained educator). 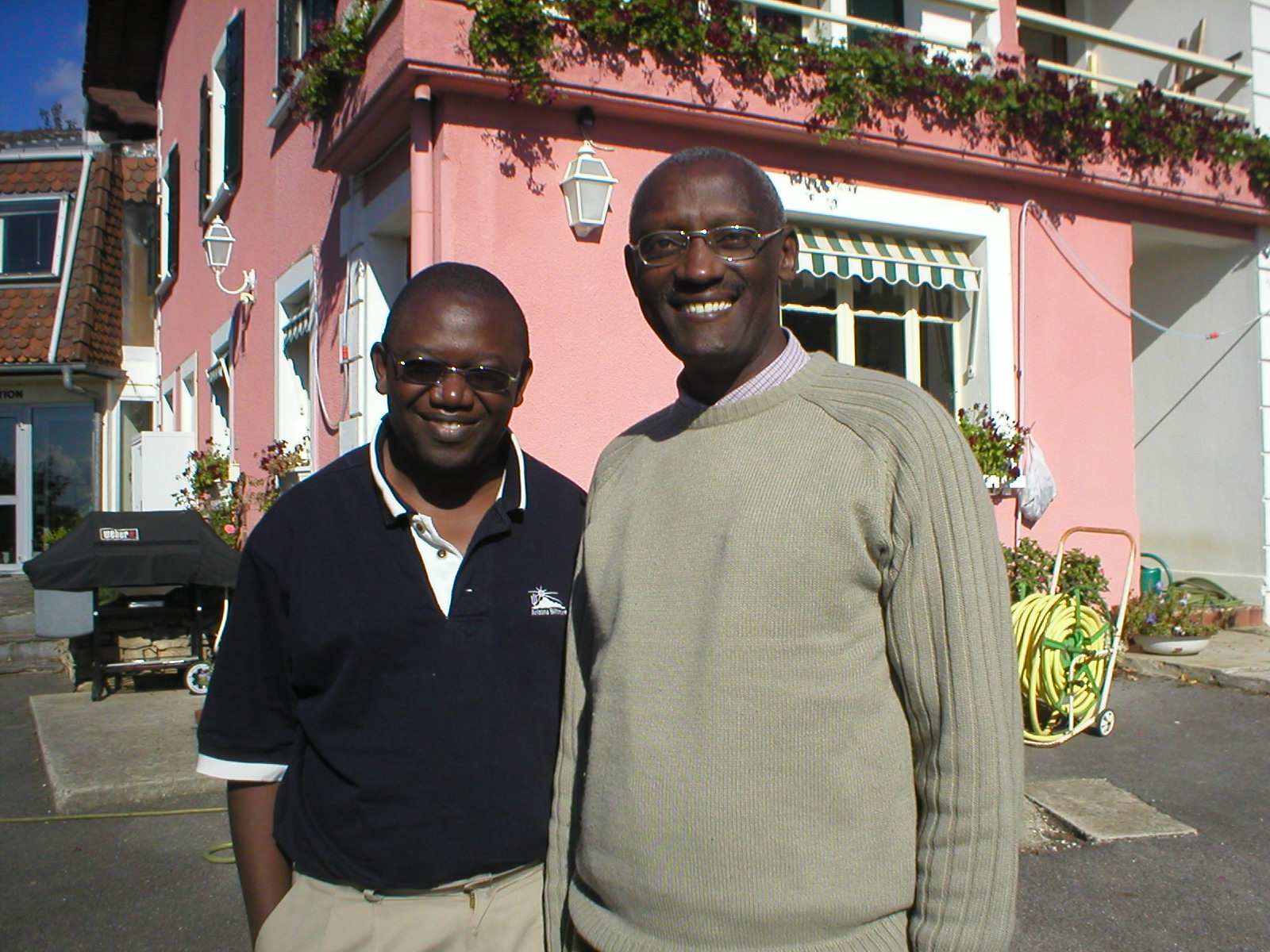 Having visited all the major towns in Rwanda with the workshop, the next challenge was to bring genocide survivors together with returning refugees from the camps in the surrounding countries. By 1997, Anastase (Tutsi) & Joseph (Hutu) were teaching this workshop together, and training local teams to do the same. Since that time hundreds of men and women have been trained to present this workshop and this material has been used effectively to bring healing and transformation to thousands.

The message soon began to spread to other countries and there is now an annual International School of Reconciliation being run in Rwanda. In many countries on several continents, reconciliation teams have been formed that have positively influenced their communities.

The HHTN Teaching Book is being translated into an increasing number of languages. The ministry continues to spread into new countries where there has been ethnic division and conflict.

The workshop was initially run under Medair/ZOA, but when those relief agencies moved to other fields, it came under the auspices of African Evangelistic Enterprise in Kigali. Several years later it became part of Mercy Ministries international at Le Rucher, Geneva, which then registered the ministry as a local ministry in Rwanda.  Rhiannon worked with Le Rucher for 18 years before establishing her own British based ministry called Healing the Nations.

Rhiannon is part of the global team focused on Healing Hearts, Transforming Nations and lots more information, events, background and resources can be found their website, HHTNGlobal.org

Dr Rhiannon Lloyd trained as a doctor of medicine and psychiatry and worked in the National Health Service in the UK. She first committed her life to Christ as a 16 year old in 1963. Since 1985, beginning with a time of training with Youth with a Mission, she has worked extensively in cross cultural situations. 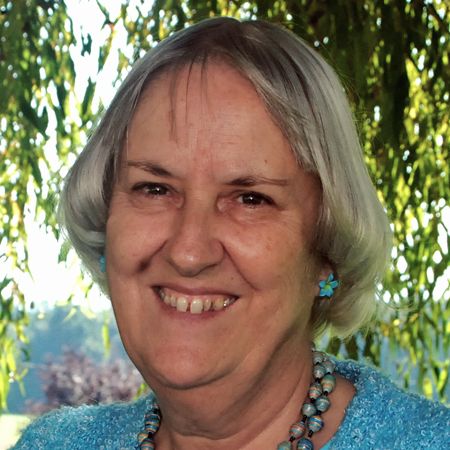 Since 1994, she has pioneered a reconciliation ministry in Rwanda, working initially with African Enterprise, and later with Mercy Ministries International based in Geneva.

Teams are now going out from Rwanda to take the message of healing and reconciliation to other nations, as well as an International School of Reconciliation being held annually in Rwanda. There are now national inter-ethnic reconciliation teams working in many countries on different continents, producing significant good fruit.

Before starting the work in Rwanda she spent many years counselling people with deep emotional wounds and teaching on courses for Christian workers.

Rhiannon was also an active participant in the Europe-Africa Reconciliation Process, and has been involved in public acts of repentance in D R Congo, Rwanda and Kenya. She has spoken in schools, churches, prisons, public meetings, Government prayer breakfasts, radio and television in numerous countries.

Currently, she in the process of handing over to the International Team of HHTN Global and acting in more of a consultant role to the work. She is also very involved in her church as well as promoting her book. Rhiannon would consider invitations to speak about her book and share testimony about why she wrote it.

Starting in 1994, Dr Rhiannon Lloyd pioneered a workshop called ‘Healing the Wounds of Ethnic Conflict’ in post-genocide Rwanda. This workshop has now been attended by well over 2 million people from all over the world, and from some of the darkest and most conflicted countries. The workshop is now called ‘Healing Hearts, Transforming Nations’. 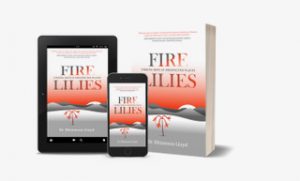 Fire Lilies: Finding Hope in Unexpected Places is her story. It demonstrates that for God’s children, nothing is wasted, and that He can skilfully craft all our experiences to eventually bring blessing in totally unexpected ways. Rhiannon relates how positive and negative early experiences, including illness in the family, feeling inferior as a Welsh person, and working through doubts about her faith – secretly seeing God as unloving, unjust, even cruel – all prepared her for pioneering a healing and reconciliation ministry in some of the world’s darkest situations.

It demonstrates that, for God’s children, nothing is wasted, and that He can skilfully craft all our experiences to eventually bring blessing in totally unexpected ways.

You will also read amazing testimonies of people who have been radically transformed. As you read this book, you may well become conscious of God working in your life, revealing many keys that will help you on the journey towards your own wholeness.

Your own copy is available now in electronic format on Amazon UK and Amazon US.

If you prefer a printed copy then please send an email to Rosie here: